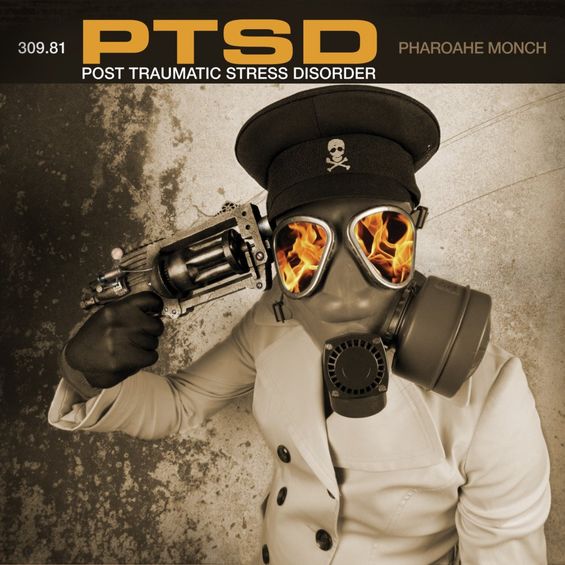 In PTSD: Post Traumatic Stress Disorder, Pharoahe Monch continues the story he began telling in his previous LP, W.A.R. (We Are Renegades) (2011) — his third studio album and first independent release.[5] The Queens emcee narrates, in both literal and metaphoric ways, about the trials and tribulations of an independent artist who is at war with the music industryand the struggle of the black male experience in America.[6][7] In 2012, during an interview with Shawn Setaro, host of the podcast The Cipher, the rapper explained the connections between the two projects, beyond their titles. “The W.A.R.album was like, I’m going to battle against the machine, I’m doing this independently. I’m putting some things out that I learned and I’m going to expose about the music industry. PTSD is the result of me doing that, where I am emotionally now. It’s similar to how someone comes back, from war and is stricken by re-adjusting to a regular situation.”[5]

Monch told MTV Hive that PTSD is “more mental, emotional and personal” because it came out of the depths of a period of depression.[8] He also gave the internal and external factors that helped him create the album. “I was working on the title track, which took me to a point in between Internal Affairs and Desire, where I was heavily depressed. Through the waiting period, the industry period, and going through a lot emotionally. Then there was the physical [problem] with the asthma. It was the worst. So I started off with that title track and my manager was like, ‘Yo, let’s really dive into that state and how you got to where you are now, and how this follows what people go through to get back to a so-called ‘normal’ situation’.”[8]